True are the words: ‘Beauty lies in diversity!’ And, when you talk of diversity, Sydney is one of the top cities that embrace it with great gusto. No wonder it is so beautiful, right?

The arrival of the First Fleet from England in 1788 not only added immigrant convicts to its existing population, but also gave it its current name, Sydney. Convicts blended with the Aboriginal clan, known as Eora, who had been occupying the land for 50,000 years or so. The descendants of these convicts from different Western and African nations now make up 20 per cent of the Aussie population. No one could have guessed back then, that the discovery of gold, would transform it into one of the most popular destinations, worldwide!

Sydney started embracing a global identity by opening up to European markets, western banks and improving its infrastructure, and gradually evolved into the first city of Oceania. The chronology of politics and religion in Sydney started with the autocratic rule of British governors and expansion of Christian churches. It’s no wonder that many suburbs around Sydney like Chipping Norton, Camden and so on have names of European towns!

All this and more has redefined the meaning of ‘Sydney’ as being a ‘land of diversity’. Whether it be people born overseas, or people speaking an entirely different dialect as compared to the local tongue, Sydney has a huge proportion of all. Want to know what’s on in Sydney? The best way to do that is to go on some great Sydney tours and experiences that take you to top Sydney tourist attractions.

Diversity has not only seeped into its people and their lingo, but also into the art and architecture of the city. Need proof? Look no further than the CBD in Sydney. With varying architectural buildings and monuments displaying everything from Georgian, Romanesque, Italianate to Gothic styles, in addition to modern construction, the CBD reveals the true essence of Sydney’s distinct quality. The city is also home to many famous émigré architects who are involved in designing social housing as well as local town and artistic community planning.

Looking for more multicultural influences? Once again, visit the CBD and snack or dine at the various restaurants that dot the area. You will be astonished to find everything from delicately plated seafood and meats, premium and earthy wines, to delicious vegetarian cuisine ranging between native Australian, Chinese, Thai, Asian, Japanese and American flavours. In fact, Asian eateries in the city are probably among the cheaper places where you can tickle your taste buds!

This multi-faceted city also has an extensive collection of Australian, European, Aboriginal, as well as Asian art, displayed at various galleries, museums and art exhibitions dotting the city. More proof to its diversity includes cultural events like ballet and contemporary dance, opera, classical music, stage plays and more. Besides, every summer, the city invites extraordinary artists around the world for the famous Sydney International Art Series.

Sydney is surely a melting pot of multiculturalism where you don’t have to worry about blending in. Celebrate diversity! Celebrate the spirit of Sydney! 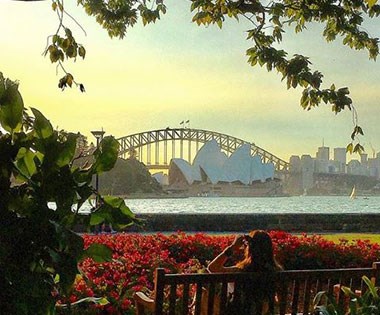 Sydney: The Belle of Aussieland!