Uluru – What To Know Before You Go!

Family vacation, honeymoon, holiday or weekend getaway – no trip to Australia is complete without time at the ‘heart of the continent’. A homogenous monolith standing 348 metres high and 2.5 times the height of Sydney Harbour Bridge, Uluru lies smack dab in the middle of the Australian Outback that is scorching during the day and chilly at night. Its characteristic colour changes are another story altogether!

Ayers Rock, the new-age name given to what local Anangu refer to as ‘Uluru’, was titled so in 1873 in honour of Sir Henry Ayers, the then Chief Secretary of South Australia. The inselberg that Wiki lists as ‘an isolated rock hill or knob that rises abruptly from a gently sloping or virtually level surrounding plain’ owes its red-brown colour to the oxidized iron-carrying minerals, or in layman terms, rust.

Uluru tourism peaks during months from May to September with the weather being cooler and less humid during the period. As the low tourist season from November to March can be a tad bit too hot, with temperatures often reaching over 40°, it’s best to book your budgeted trips to Uluru during the shoulder months of Apr-May or Sept-Oct! This way you’ll skip the high season prices and the friendly clime allows you to see and do all the Uluru activities at a leisurely pace.

Though Uluru steals the glory, another enormous geological structure worth visiting is Kata Tjuta. These 36 domed rock formations or bornhardts and are iconic sandstone structures that were formed over millions of years of erosion by natural forces. When it comes to scared ceremonies, it holds greater spiritual significance to the Aborigines than Uluru, and a visit to Kata Tjuta will definitely add more value to your Uluru experience.

Though it gives the impression of being a faraway destination, Uluru is easily accessible via flights to Ayers Rock Airport, from where you can drive to Uluru. With a resort of its own and the quintessential town of Alice Springs situated nearby, you’ll never fall short of accommodation options in Uluru!

There’s a reason why sunset & sunrise tours have ruled the list of top things to do in Uluru for the longest time! With an amazing canvas of shades lighting up the whole landscape, Uluru magnificently changes colours during the sunrise and sunset making the experience more magical than ever!

Uluru, alongside Kata Tjuta, is also a World Heritage Listed site and a well-preserved National Park! It opens at 5am every day for the Uluru Base Walk, a 10.6 kilometres walk around the whole base of the rock which can take up to 4 hours. An alternative bike ride takes over 2 hours and promises to be the best holiday workout you’ll ever have!

For the lazy bums dreading exercise, a great alternative is to ride around on a camel. Taking only half the time as that on foot, you’ll also get wider views of the desert landscape with this one! Your fourth option is to participate in a free ranger-guided Mala walk. Enjoy your tête-à-tête with traditional Anangu culture, rock art and more, as a ranger takes you along the base of the rock. Also, halt in between to hear the story of the 'mala' or the hare-wallaby people.

Does your adventurous streak urge you to climb Uluru? Yes, it is legal, but you will have to do it against the will of the traditional owners who request you not to as it holds great sacred value for them.

Now that you’re in the know of many, if not all Uluru facts, book your tour now and spend a holiday that will be worthy of many tales! 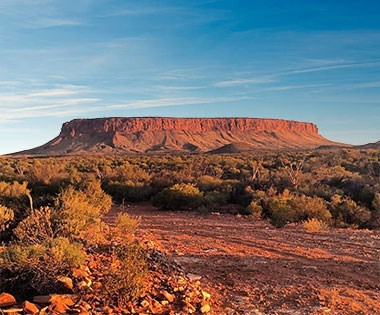 Don’t fall for ‘Fool-a-ru’ in the quest for Uluru!