It’s no doubt that the Great Ocean Road tour is the best of all the Australian road trips, or maybe one of the best in the world! The 244-kilometre stretch from Torquay west to Warrnambool has a dramatic combination of rugged coastline, lush rainforest, scenic seaside towns, cute wildlife and spectacular attraction that make it the epic road trip you’ve ever been on!

You could drive the stretch in a mere 12 hours, but when you’re on world’s most iconic roads why not get the best out of it! Even though the entire journey itself is a visual extravaganza, there are couple of places you can stop to enjoy this drive to the fullest. Here are our top ten!

The Iconic Twelve Apostles
You don't know what all the fuss about these rocks is unless you get to see them in real! These were our initial thoughts when planning to visit the 12 Apostles on the Great Ocean Road. These massive limestone structures will truly leave you awestruck if you see them during the sunset & sunrise.

Lord Ard Gorge
Named after the sailing ship that ran aground in June 1878, Lord Ard Gorge tells the story of a tragic shipwreck. The ship was coming to the end of a three-month voyage from England to Melbourne and the tragedy left only two survivors, Tom and Eva. The two unconnected rock pillars here have been officially named after them since then.

London Arch
Also known as the London Bridge due to the similarity of structure, London Arch was formed by a gradual process of erosion. But the arch might not look very similar to bridge now as it collapsed unexpectedly in January 1990 and became ‘a bridge without a middle’! Still, the arch is considered to be one of the best spot to take in the views of the Southern Ocean and if you’re lucky you might some little penguins here too!

Lorne
Possessing the coastal charm with exotic cafes, unique boutiques and galleries, Lorne is one of the most picturesque town that you will come across on this drive. This little town is not just a popular attraction for those on drive but a common holiday destination for the Melburnians. Enjoy a walk on the beach, taste some unique seafood dishes or even stay for a night at the beachfront hotels; it wouldn’t be a break you’ll regret having!

Adding more to the list would be the famous Sinkhole Grotto, the scenic Apollo Bay, Koala encounters at Kennett River and much more! Every mile will treat you with something you want to stop at and mesmerize at!

So fix your dates, get your bags packed, fill you fuel tanks and embark on a drive as there is no road trip like the Great Ocean Road tour! 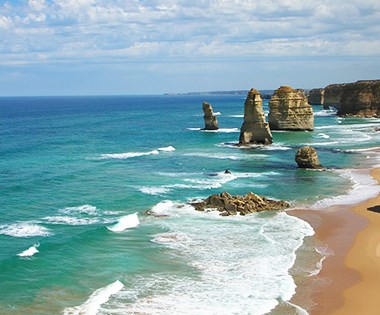 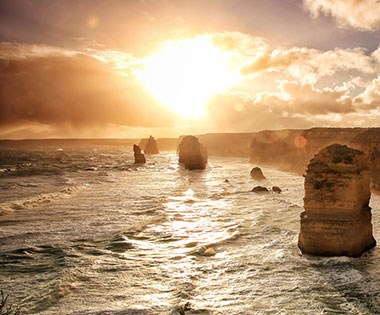