The cultural and historical city of the land Down Under is wrapped by parklands and native bush increasing its aesthetic charm. The city is flecked with prestigious universities, eminent galleries, museums and the Parliament House with amazing food scene and ample creative talent. The culinary destination that encapsulates Australia’s current taste is relatively newfound.

The plain sailing ways to rove through the length and breadth of the city are the  foremost reason why Canberra is listed among the most immaculate cities in the world.

As a bush capital, Canberra is the ideal place to bask in the quintessential urban life along with verdurous habitat. The perfectly stacked city is home to the Australian National Collection, which makes it the perfect hunting grounds for the historians to fill up their tab. The peculiar museums located at close quarters with each other lets you explore the wonderful collections of art, war, jurassic remains and Australian history.

The presence of the prominent universities of Australia and flourishing media industry has led to an immense cultural existence which has over time became one of the prominent attractions of the tourists and canberreans alike.

The Sunday scene at the bustling Old Bus Depot Market is the best place to begin with. The societal elements of Canberra are all stationed under a single roof. Sample delectable organic produce, taste the famous Canberra coffee and try out the hipster clothes at this lively creative setting.

The edgy groundbreaking designer digs of the capital city is very evident in every single one of the public structures studded around the serene Lake Burley Griffin.

The sap of Canberra
The epicentre of the capital city is a newborn man-made lake that is now an unofficial sector which works as a reserve to protect numerous endangered trees. The tranquil ambience of the heart of Canberra is a tourist hotspot. The migratory birds have made the lake their breeding ground during the spring season. These birds cover up most of the pristine banks of the lake making it a wonderful sight to ogle upon. That’s the main reason why various tours and packages working in respect to this lake are increasing day by day. The city of Canberra is moving towards the future in a rapid pace letting you feel and gifting something new almost each day.

The quotidian hot-air balloon spectacle also enhances the beauty of the airspace over the Canberra. Watch the design excellence of the capital city at a bird’s-eye view while on floating in a well-maintained hot air balloon cabin and also get your mind blown by mesmerising views of the sunset.

Choose from a horde of comprehensive tours and explore the distinguished tourist attractions of Canberra. 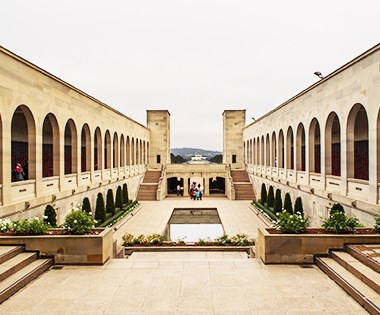