Delve into the enchanted Utopian City!

Welcome to the cosmopolitan coastal capital of southern Australia, the city of immense historical significance and natural subtlety “ADELAIDE”.

The fifth best city to be in residence as well as the fifth most voted must-see regions in the world. Adelaide is one of a kind, as there is no other place having such a distinguished ranking in both the living standard as well as in natural heritage.

If you hanker for exploring Australia in its raw and genuine form, this utopian city is the perfect place to begin with. The copious history and culture of this place is of unprecedented wealth.
The city has a well arranged and efficient urban transportation system which allow you to reach any destination within the city under 20 minutes, this got Adelaide tabbed with the name “20 minutes city”.

All these features quadrates to the fact that Adelaide is a very benevolent place with apt condition for tourist to lay hands on exciting activities that delve in to exploring this far-flung country.
The zoo and the art gallery are few among many eminent places for sightseeing within and around the city.

But the most famous and not to miss attraction is the Adelaide river cruises. There are plenty of cruises around Australia but nothing compares to the exposure and indigenous knowledge catered by the Adelaide cruises.

Cruise through the past
The 6 hour cruise revolves around few notable destinations including Coorong National park, aboriginal sites and movie destinations.

The most captivating thing about the cruise is the insight to the weave of history, the enigmatic past of Australia, “The aboriginals”, their culture and way of life is still obscure. The preserved aboriginal locations at the banks of river Murray along with a well narrated live commentary by the veteran cruise guide offers you a glimpse from the yesteryear.

The walk through the white sand dunes of the young husband peninsula spotting exotic birds is a stirring experience. The Goolwa barrages along the environs of River Murray which was constructed to reduce salinity levels by separating Lake Alexandrina from the sea is a man-made structural spectacle.

The guided walk and cruise across the banks of river Murray where once existed the “Ngarrindjeri settlements” indulge you to fantasize into their era where you will get an idea of how they lived across the great peninsula.

Fraught with danger!
There are cruises which guarantees you an appointment with the terror, one such cruise is the Jumping croc river cruise.

The world famous jumping crocs, reside in the scenic waters of the river that stretch from Darwin to Adelaide alongside the marshy banks that consecute the Coorong national park. Crocs that jump to a height of 7 feet above water can be seen in these serene waters. The steel structure around the 6 seated vessel is the only defence between you and the jaw of death. Does it pump up your adrenaline already? This northern territory cruise is a must try as it not only elevates excitement but also offers exceptional scenic swing of the Coorong national park.

Family time!
Other point of interests in Adelaide are the kangaroo island safari and the Gowoon beach.  The Kangaroo island safari is a 75 minute Adelaide cruise around the third largest island in Australia where dolphins and seagulls are a common sight. If you are lucky enough, you could spot the massive humpback whales during the whale migration season.

The cockles shuffle at the Gowoon beach is a family activity that both the tourist and natives are interested in. The cockles usually called as pipis are collected, cleaned and measured before using it as fishing bait.

These various cruises providing vivid experiences and sceneries add up to a massive inflow of tourist towards the city of churches. 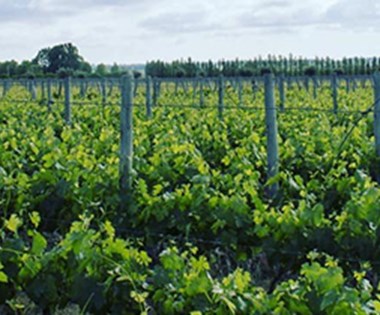 The Medley Of South Australia