The Magical Land Of Uluru

Right in the heart of Australia, lies the magical land of Uluru. All visitor accounts for things to do in Uluru, echo similar sentiments about this place, which state: “It doesn’t matter even if you have seen a hundred different pictures of Uluru before, you will never be prepared for the first-hand experience of seeing it in person.”

Formerly ‘Ayers Rock’, Uluru is rightfully owned by the Anangu tribes, who are part of the oldest continuous culture on earth, the Australian Aborigines. All that is said about this giant monolith, revolves around the enchanting and spiritual effect that this land and its people have on its visitors.

Located right in the middle of the Central Australian Desert, the soaring silhouette of Uluru has become a postcard image and a signature tourist destination. It’s no wonder that tours to Aussieland without visiting Uluru somehow seem incomplete, right?

Its proximity to the Kata Tjuta National Park also adds to its attractiveness. Adding more mystery to this land of the Anangu and their forbearers, is the tradition of not climbing the Uluru rock. Though there are no laws strictly enforcing it, as of now, they do make an unsaid request to visitors to honour their tradition.

Isn’t it a refreshing change to know that even in today's culture of forgoing age-old traditions and replacing most with technology, the people of Uluru, retain their laws and keep their culture intact? Following culture as old as over 30,000 years, the Anangu tribes are to-date guided by Tjukurpa (aboriginal laws), instilled since the evolution of their tribe.

They still continue to carry out their traditional activities like dot and rock painting, performing inma (aboriginal dance and song), storytelling, and gathering the legendary bush-tucker. Their illustrious art forms, dating back to 5,000 years or more, are well known for their exclusivity. The Anangu groups are also experts at sand painting, wooden craft making, body painting and more.
With a decent camera, a trip to this World Heritage Site is sure to reward you with classic photographs of one of the most iconic sights of Australia. Experiences such as climbing the many lookouts like Talinguru Nyakunytjaku, Kata Tjuta Dune Viewing platform, as well as unique camel rides during sunrise and sunset, also provide great photo opportunities.

Visit Uluru, soak in its spiritual energy and magnificence, and you are sure to return for more! 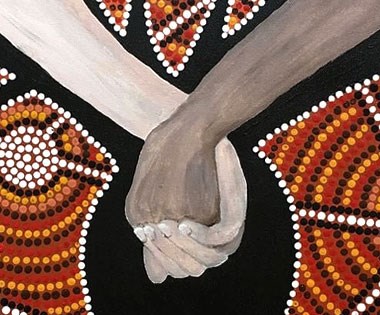 A Spiritual Experience At Uluru!